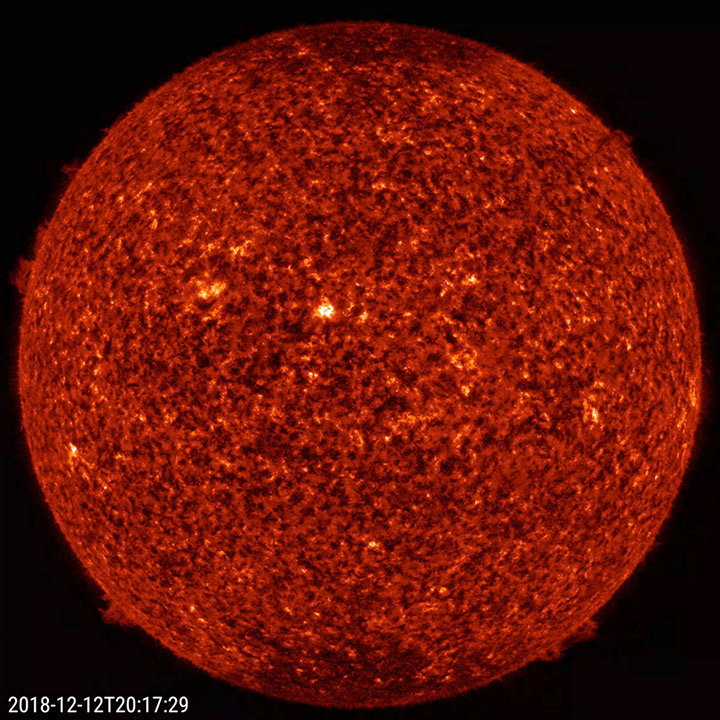 The sun sported four smallish prominences along its edge at about the same time (Dec. 12-14, 2018). They were at the positions of 2 o'clock, 5 o'clock, 7 o'clock, and 10 o'clock. The largest and most active of the prominences was at the 7 o'clock point. Prominences are clouds of charged particles suspended above the sun by magnetic forces. These were observed in a wavelength of extreme ultraviolet light. The video clip covers almost two days' of activity: it consists of 335 frames being shown at 20 frames per second. Credit: Solar Dynamics Observatory, NASA.