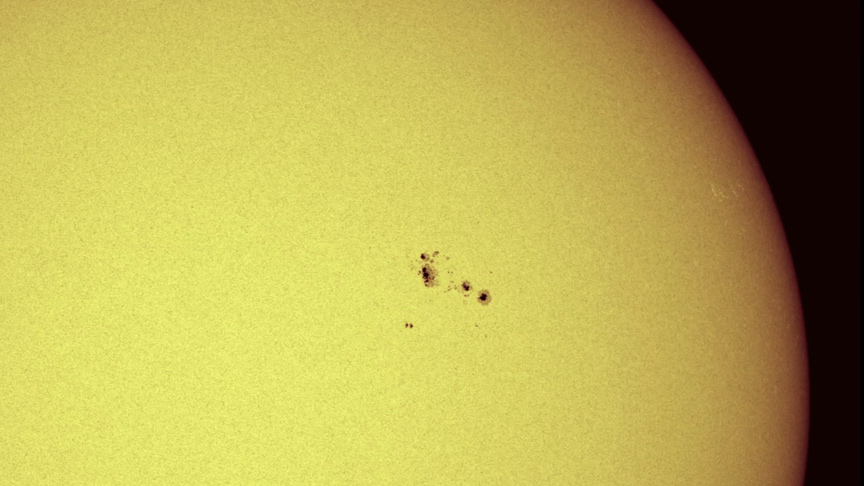 SDO watched as areas of a sunspot group changed substantially over 2.5 days (Aug. 21-23, 2011). While one sunspot shrunk to just a dot or two, another one nearby came out of nowhere, twisted, elongated and grew so that it dwarfed the other spots. Sunspots have been known to change fairly quickly, so this is not a new phenomenon. Still, it is interesting to watch them transform themselves. Sunspots are darker cooler areas of intense magnetism that rise up from below the Sun's surface. The images and movie were produced using visible light pictures from the HMI (Helioseismic and Magnetic Imager) instrument.