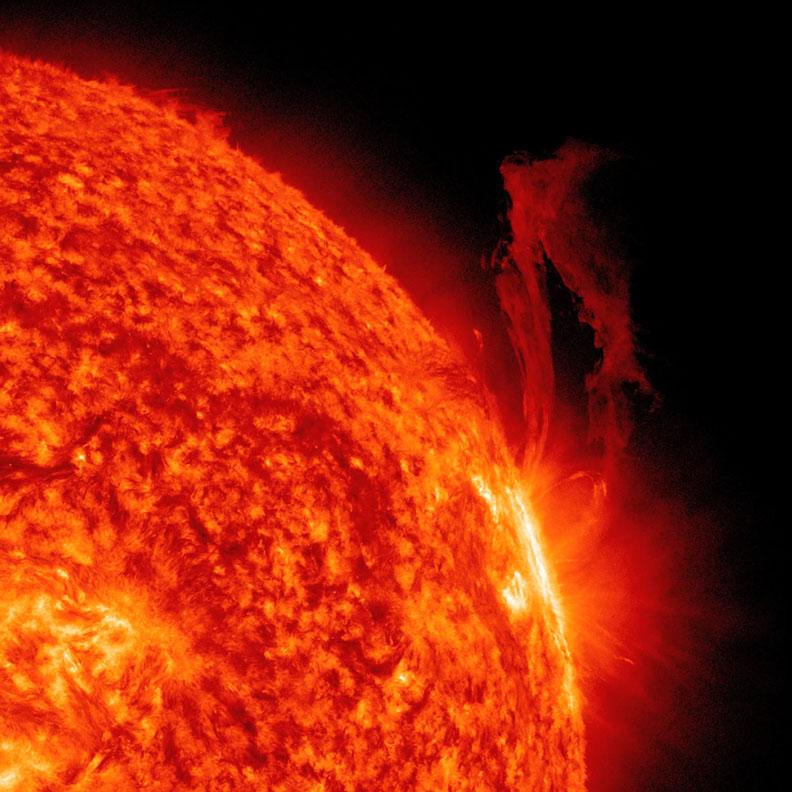 A close-up of one active region, seen in profile in extreme ultraviolet light, produced an interesting display of dynamic and frenetic sputtering over three days (Aug. 28-30, 2011). The twisted magnetic fields of this region featured several flares and shot out at least a dozen bursts of particles, including one solar prominence that rose up and fell back to the surface. Particles can also be seen streaming in twisting and shifting arcs that trace some of its magnetic field lines above the same active region.