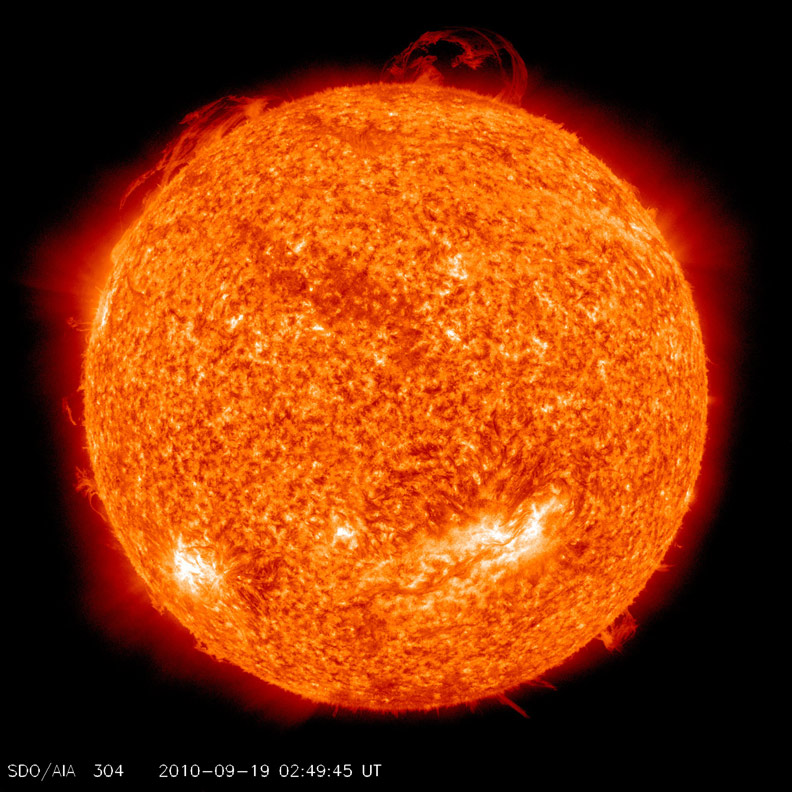 Swirling plasma observed in extreme ultraviolet light put on quite a show over 4.5 days (Sept. 18-22, 2010). The twisting strands of plasma, seen in profile over the Sun upper left edge, kept up its dynamic activity the whole period. In addition, four prominence eruptions occurred during the same period. The slight, occasional jumps of the Sun were due to the daily orbital passage of the spacecraft these days behind the Earth for a short period each day. It took the imaging a little time to get back to normal each passage.