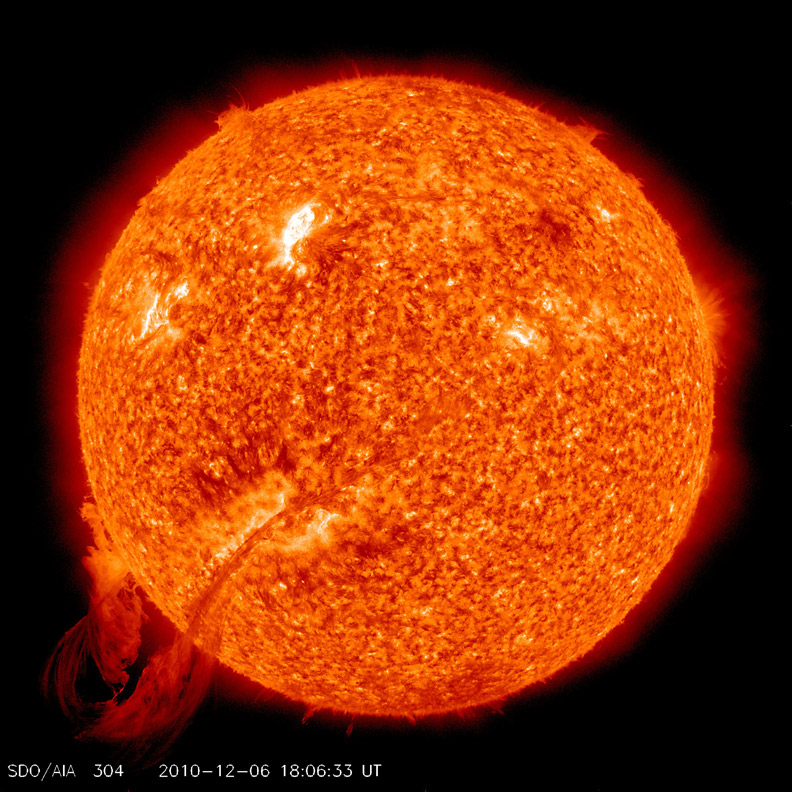 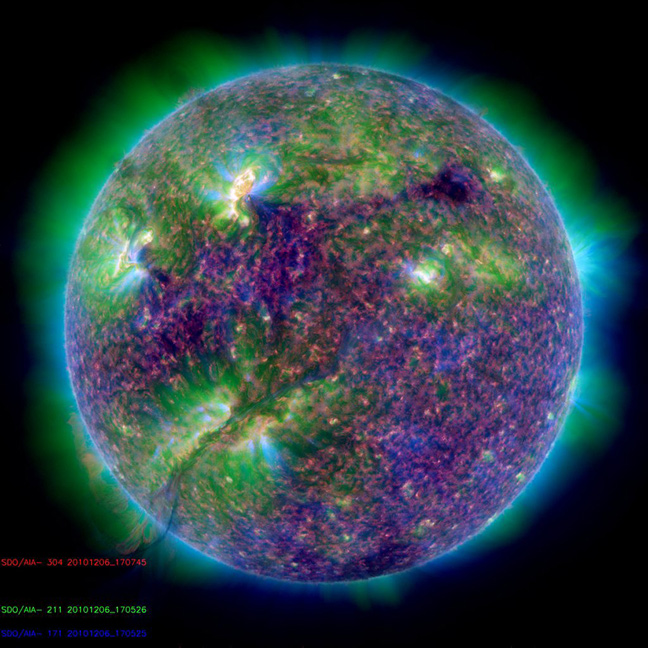 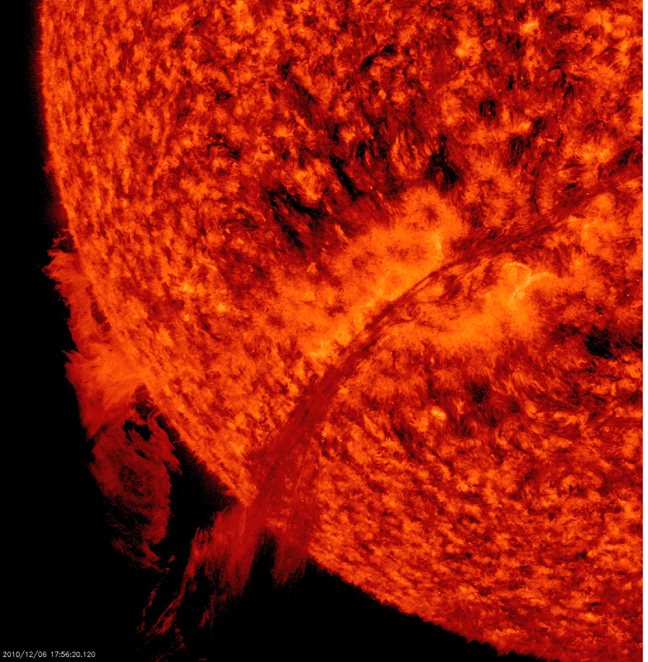 A very long solar filament that had been snaking around the Sun erupted today (Dec. 6, 2010) with a flourish. NASA's Solar Dynamics Observatory (SDO) caught the action in dramatic detail in extreme ultraviolet light of Helium. It had been almost a million km long ((about half a solar radius) and a prominent feature on the Sun visible over two weeks ago before it rotated out of view. Filaments are elongated clouds of cooler gases suspended above the Sun by magnetic forces. They are rather unstable and often break away from the Sun. Note: the edge of the moon can be glimpsed at 0300 UT during a brief lunar transit.