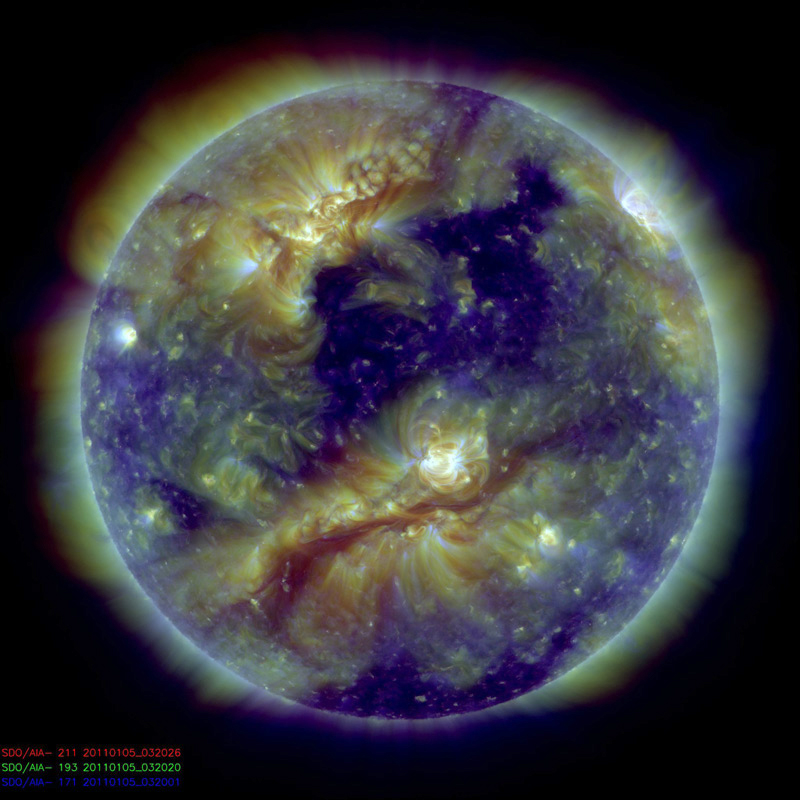 An elongated, dark solar filament (appearing as reddish-purple) is the featured element when we combine three different wavelengths of extreme ultraviolet light (Jan. 1 - 5, 2011). Filaments are cooler clouds of gases suspended above the Sun's surface by magnetic forces. This filament stretches about 1/3 of the way around the Sun. This same area, which has made one full rotation since, featured a long filament that erupted on Dec. 6, 2010 and apparently reformed itself (see http://sdo.gsfc.nasa.gov/gallery/potw.php?v=item&id=34). Each wavelength is shown in a different color. The wavelengths are at 211 (red - 2 million degrees), 193 (green - 1.3 million degrees), and 171 Angstroms (blue - 600,000 degrees). The cadence of images changed from about 1 per hour to two per hour about halfway through the movie. The brightest areas are active regions, which have stronger magnetic field than the surrounding area.