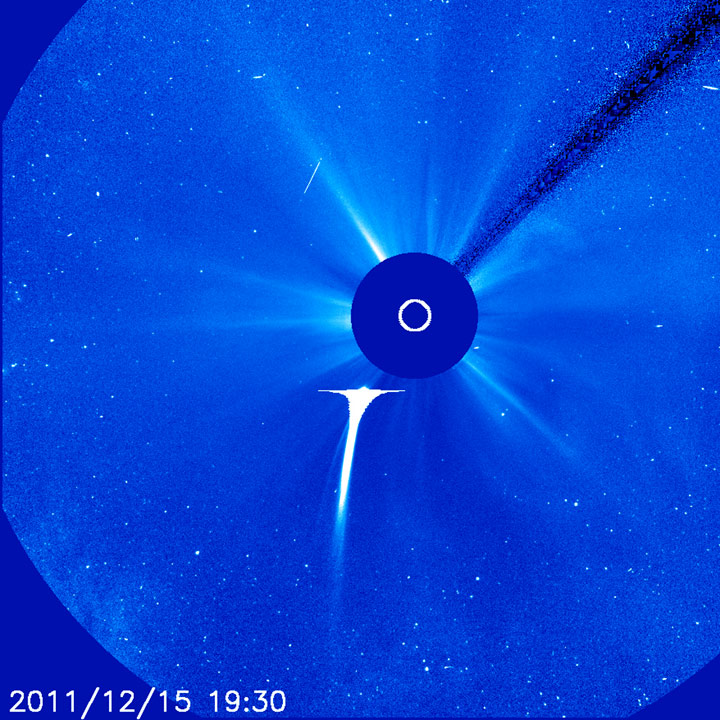 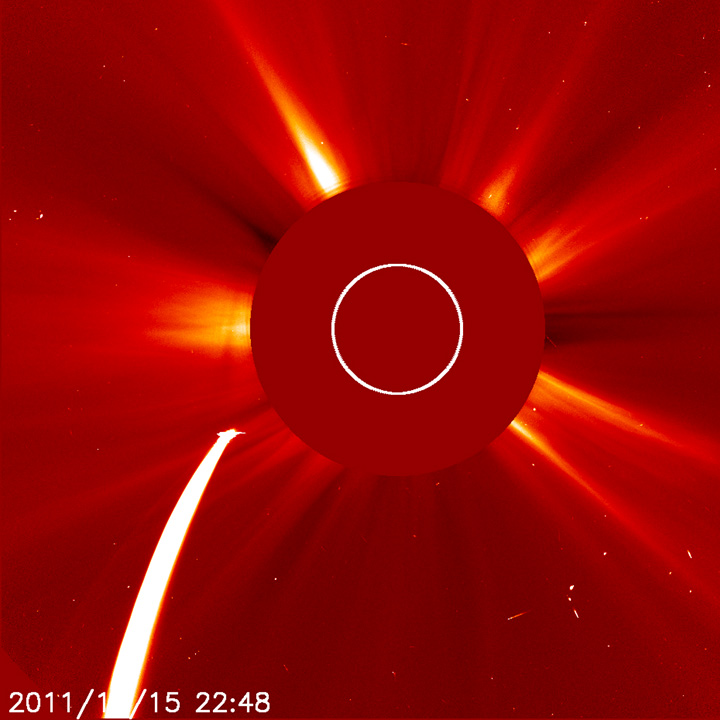 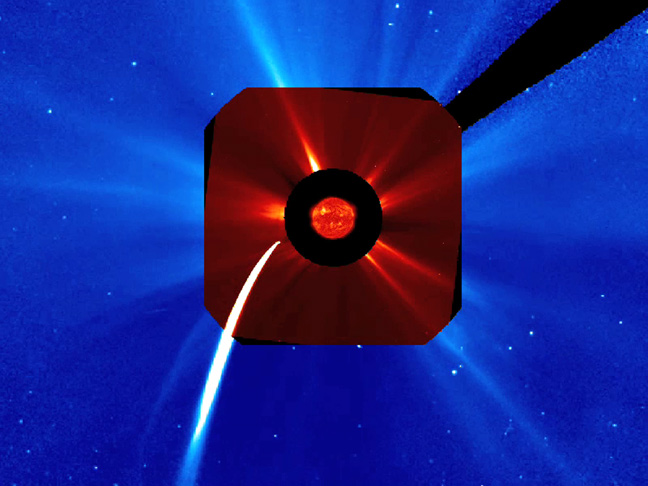 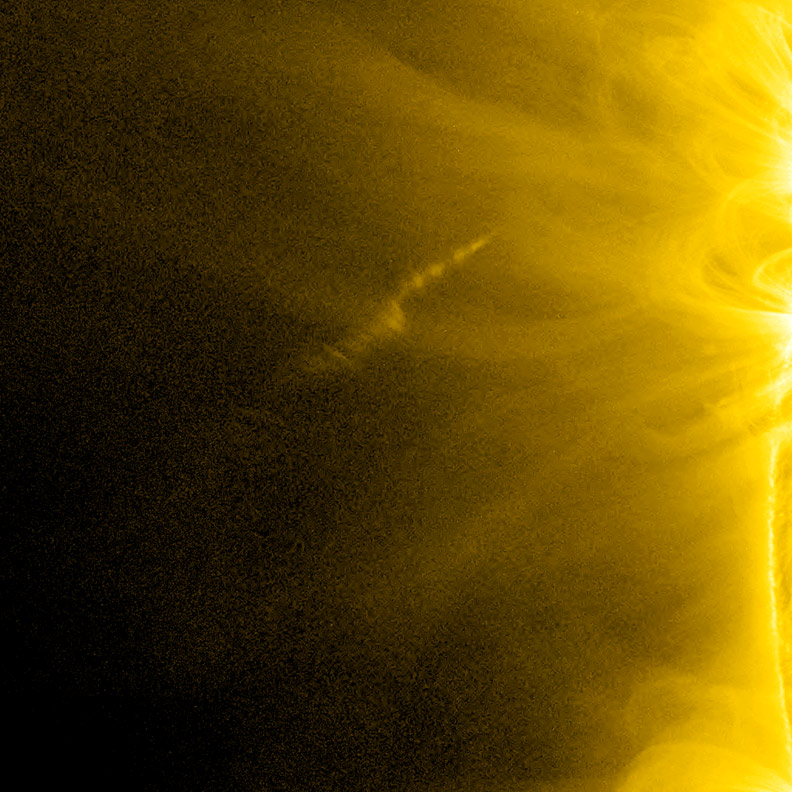 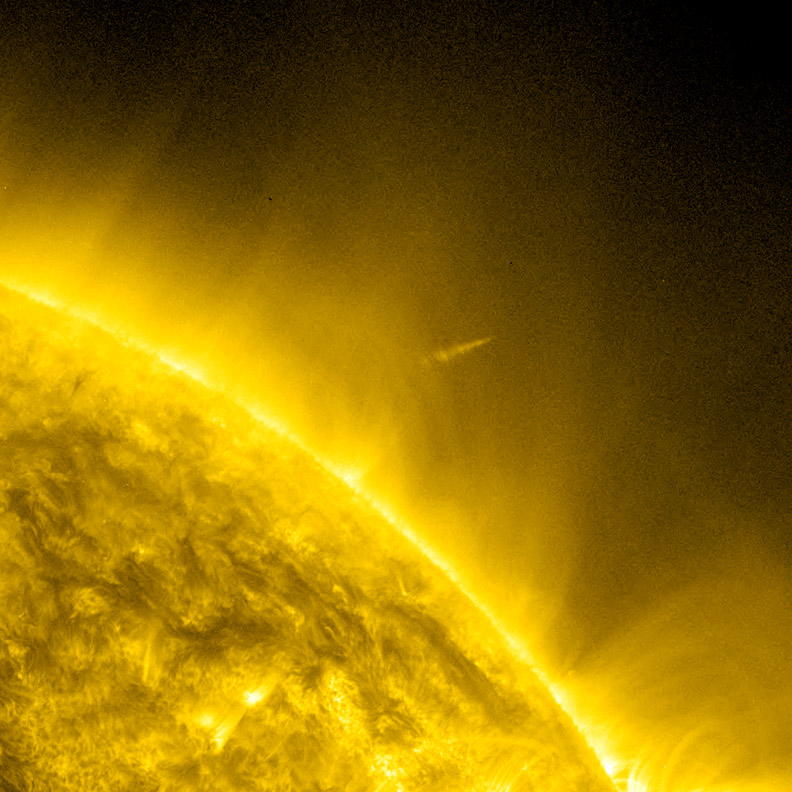 Comet Lovejoy skimmed across the Sun's edge about 140,000 km above the surface late Dec. 15, 2011, furiously vaporizing as it approached the stellar surface and later emerged from the other side. Each video clip from SDO covers about 30 minutes. It is the brightest sungrazing comet that SOHO and SDO have ever seen, with a nucleus about twice as wide as a football field. On approach, the comet's tail waggled as it interacted with the magnetic field of the Sun's atmosphere. It unexpectedly survived the pass and cruised out from behind the Sun roughly hours later. Comets are ancient balls of dust and ice.