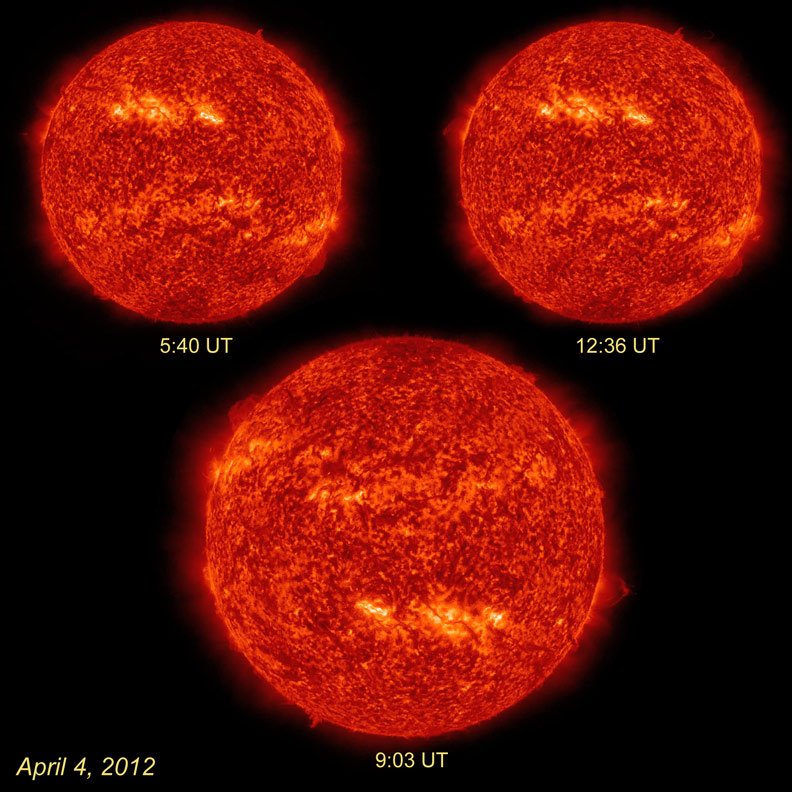 The SDO spacecraft rolled 360 degrees around on its axis over a 10-hour period as part of an on-going experiment (Apr. 4, 2012). __The Helioseismic and Magnetic Imager (HMI) instrument, one of three instruments on board NASA's Solar Dynamics Observatory (SDO), is making precise measurements of the solar edge to study the shape of the Sun.__ Twice a year, the SDO spacecraft performs a 360 degree roll about the spacecraft-sun line. This roll maneuver allows us to remove the instrument optical distortions from the solar images taken by HMI to precisely determine the Sun's shape.__ Thanks to the high resolution observations of the HMI instrument, solar scientist can measure if the Sun's sphere is changing over time as a result of the solar cycle. This was its 6th roll. The accumulated data is being studied and reviewed, and will later be published in a paper.