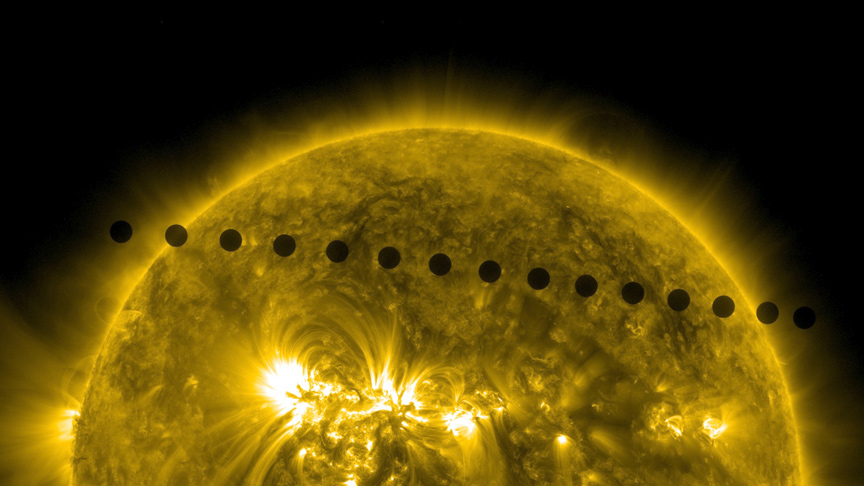 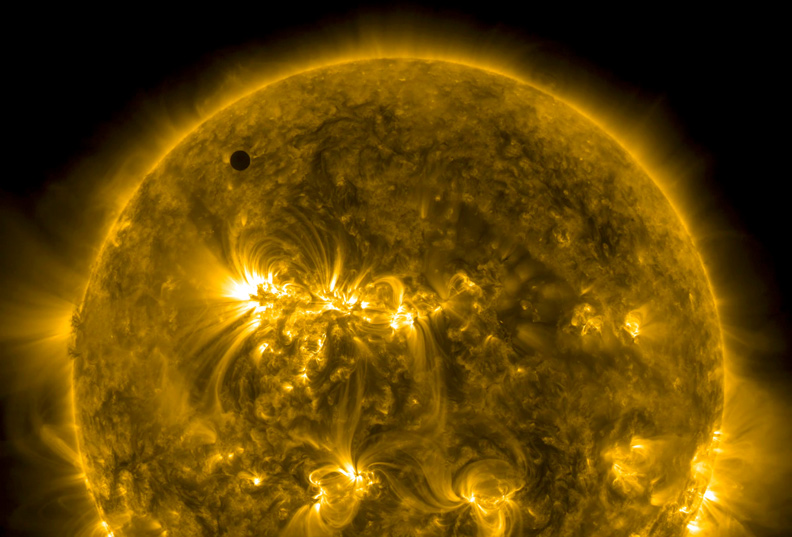 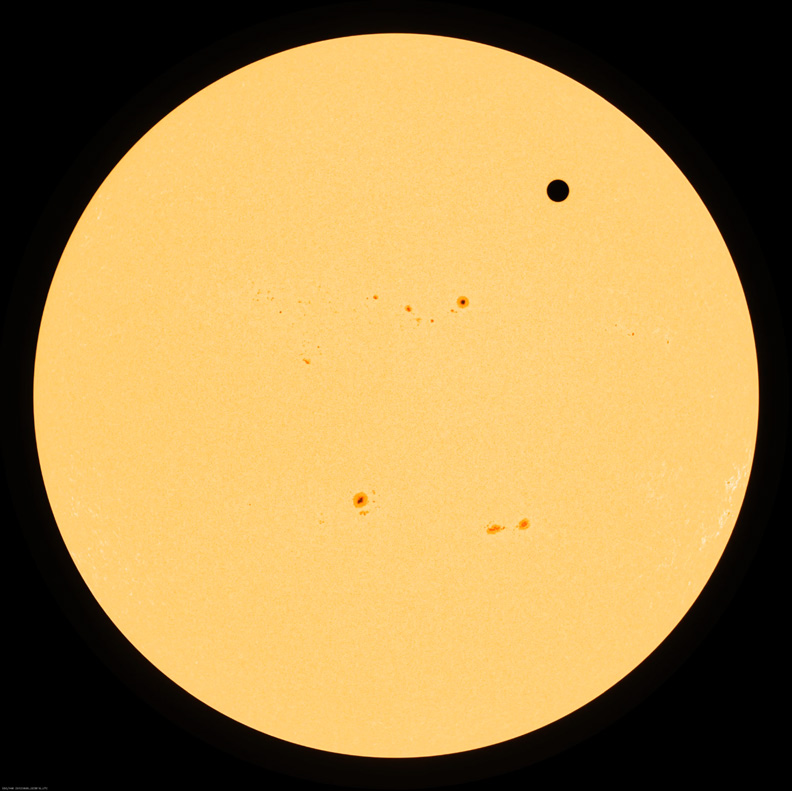 A good portion of the world was watching as Venus glided in front of the Sun for over six hours (June 5 - 6, 2012). SDO implemented specially planned operations to view the event in great detail in many wavelengths of light. The results were the best HD views of a transit ever taken. The image and movie shown here were taken in the 171 Angstrom wavelength of extreme UV light. Numerous image and movie versions of the Venus transit as seen by SDO can be found here: http://svs.gsfc.nasa.gov/vis/a010000/a010900/a010996/index.html The approach of Venus towards the Sun as seen by the SOHO coronagraphs can be seen here: http://soho.nascom.nasa.gov/pickoftheweek/old/01jun2012/