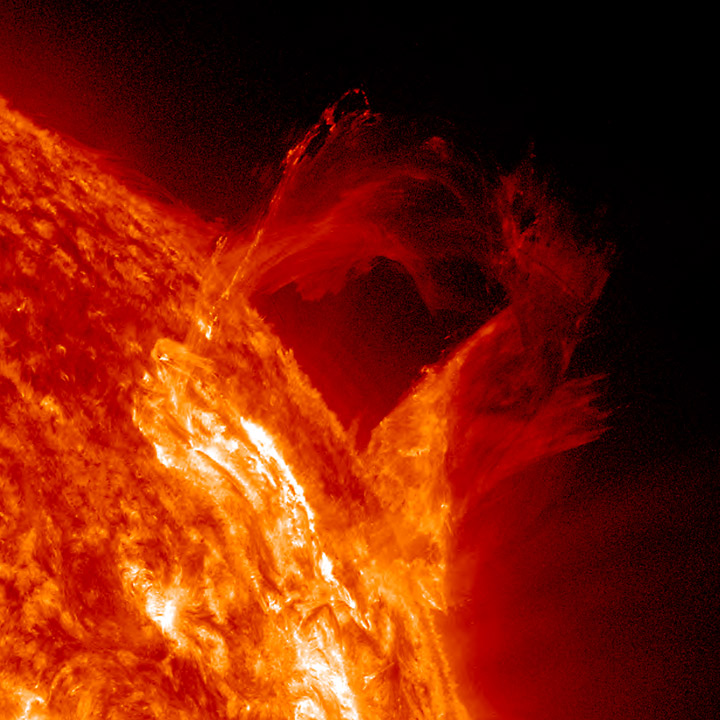 A solar prominence began to bow out and the broke apart in a graceful, floating style during a little less than four hours (Mar. 16, 2013). The sequence was captured in extreme ultraviolet light. A large cloud of the particles appeared to hover further out above the surface before it faded away. Credit: Solar Dynamics Observatory/NASA.