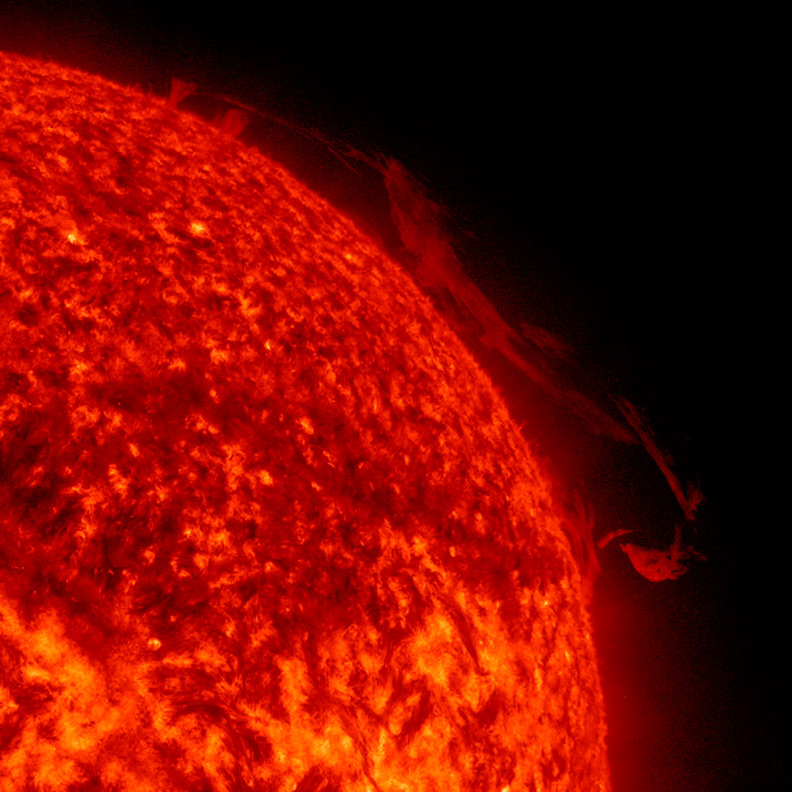 A serpentine-like solar prominence stretched itself across about a fifth of the perimeter of the Sun over about eight hours (July 20, 2013). Observed in extreme ultraviolet light, the plasma rose up in a squat, compact shape, but then quickly streamed across the edge of the Sun, propelled by magnetic forces, before it faded from view. Such transformations are not that uncommon on the Sun. The still image was taken at around 14:05 UT. Credit: Solar Dynamics Observatory/NASA.