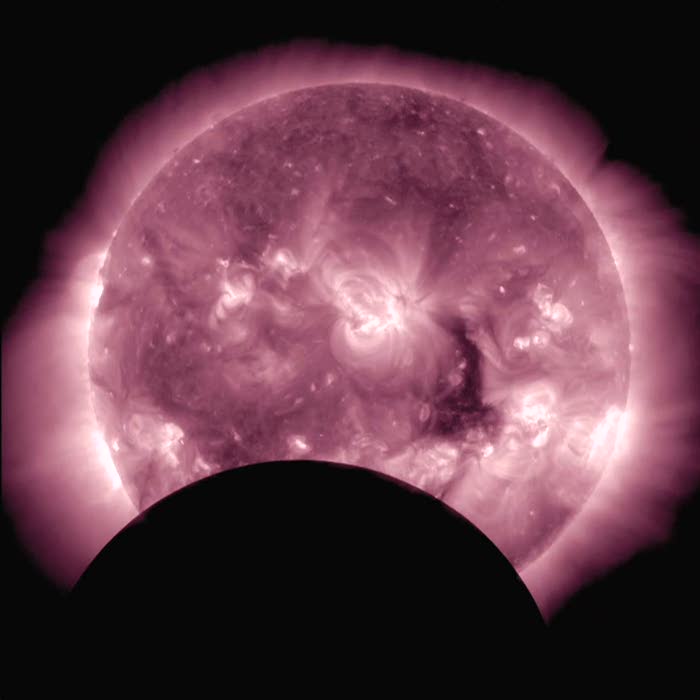 A Lunar Crossing|For almost 1 1/2 hours the Moon made an appearance in NASA's Solar Dynamics Observatory's view on August 6, 2013. This has happened before, but such lunar transits are always interesting to see. And they provide scientific value as well. The sharp edge of the lunar limb helps researchers measure how light diffracts around the telescope's optics and filter support grids. This allows the scientists to better calibrate their instruments for even sharper images. The Sun is imaged here in extreme ultraviolet light at 15:25:59 UT.
The Moon itself looks much bigger than the Sun, of course, since the Moon is many times closer to Earth (and to SDO) than the Sun is. SDO orbits about 36,000 km above the Earth. Note that there is a large, bright active region right in the central area of the Sun. Credit: SDO/NASA.