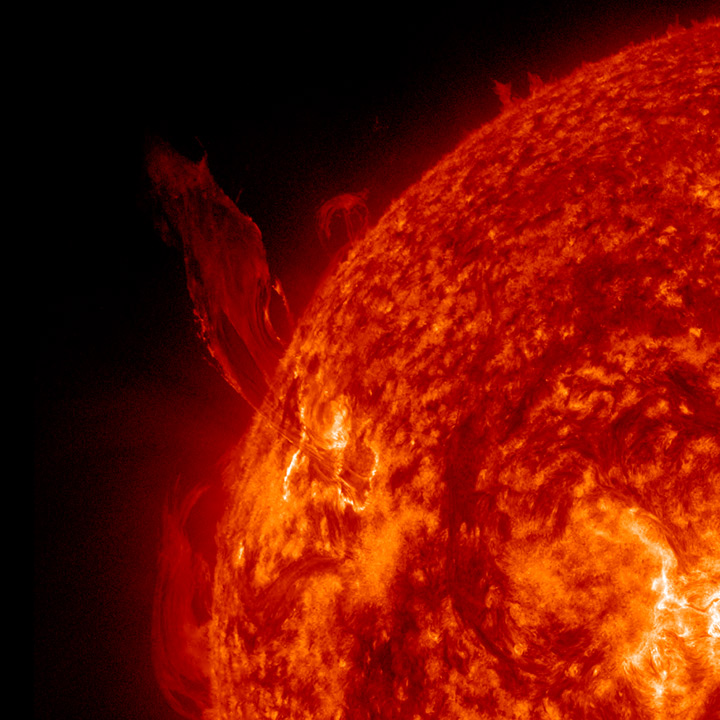 An eruptive prominence became unstable and blew out into space over a 5-hour period (Sept. 24, 2013). The event was observed in extreme ultraviolet light. An image taken by SOHO's C3 coronagraph some hours later shows the broadly expanding particle cloud that the event generated. In the SOHO image (blue), the Sun, represented by the white circle, is blocked by the dark blue occulting disk.