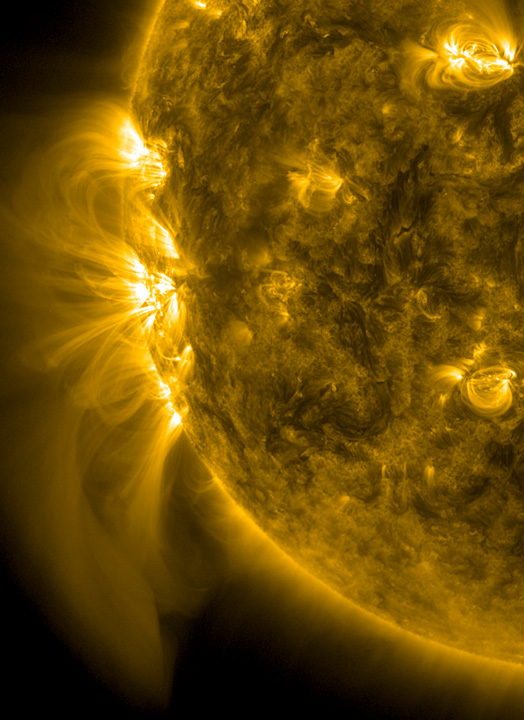 Magnetic field lines emerging from a substantial active region seemed to spread out almost like a faint, but broad fan over 2.5 days (Nov. 3-5, 2013). Viewed in extreme ultraviolet light, the magnetic field lines are being traced by spiraling charged particles. The active region itself, crackling with frantic energy, finally pops a small flash of a flare near the end of the video clip. The region hosts the kind of twisted magnetic field that has the capability for releasing larger flares and coronal mass ejections. In fact, it erupted with an X3 flare (largest class) later on Nov. 5. Credit: Solar Dynamics Observatory/NASA.