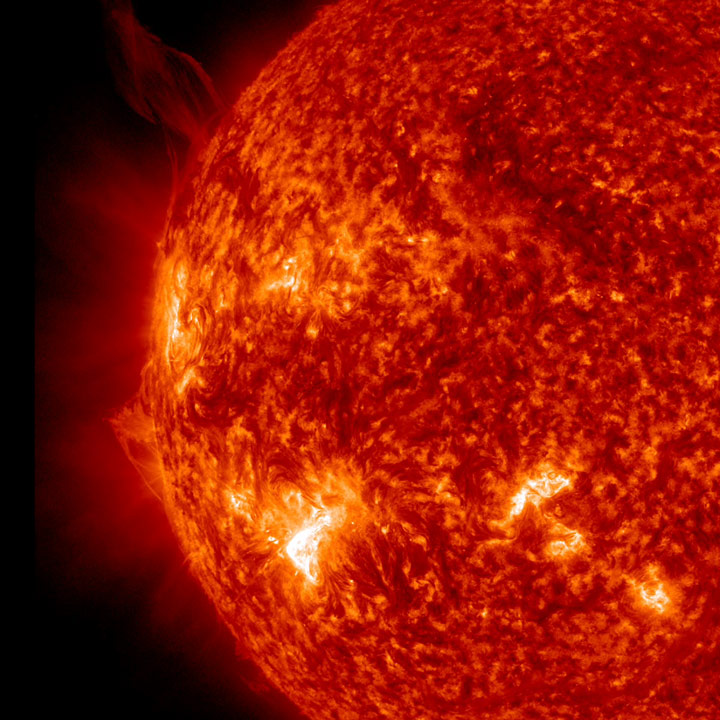 Two active regions rotating into view demonstrated quite clearly that they were ready for action (Nov. 11-13, 2013). The regions, viewed in a wavelength of extreme ultraviolet light, were spurting and flaring in a rapid-fire style as their tangled magnetic fields struggled against each other. Towards the end a prominence near the upper left erupted while a flare, seen as a white flash, burst from the leading region. Credit: Solar Dynamics Observatory/NASA.