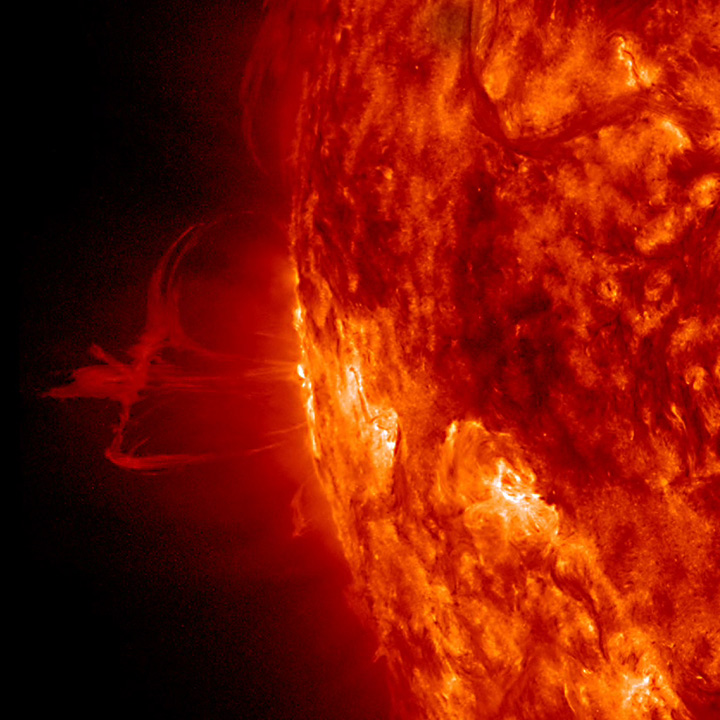 A thin solar prominence appeared above the Sun, then sprouted numerous streams of plasma back into the Sun before disappearing a day later (July 28-29, 2014). The prominence and its streams are being controlled by forces associated with strong magnetic fields beneath the prominence. These images were taken in extreme ultraviolet light. Credit: Solar Dynamics Observatory/NASA.