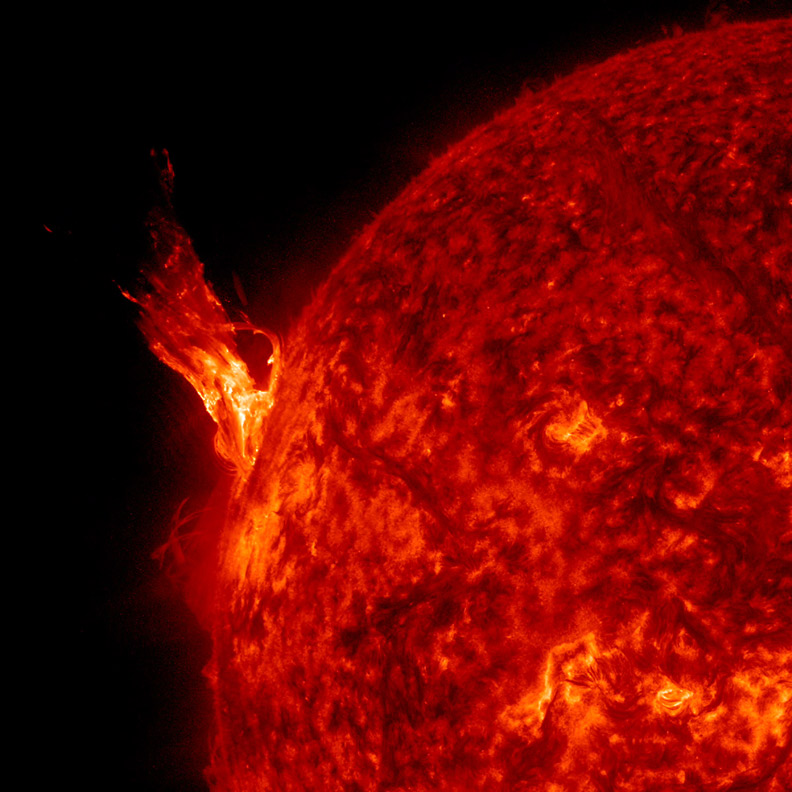 A bright solar prominence rose up from the Sun and twisted around in about a six-hour period (Apr. 21, 2015). While some of the material broke away into space, much of it fell back into the Sun. The images were taken in a wavelength of extreme ultraviolet light. At its greatest height, the plume extended out many times the size of Earth, allowing numerous amateur astronomers to observe this event with their solar telescopes. Credit: Solar Dynamics Observatory, NASA.