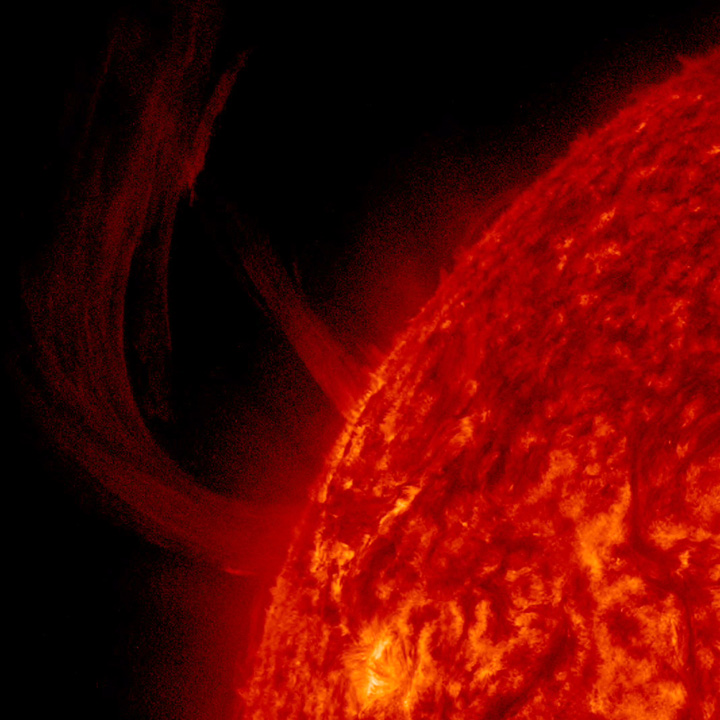 At one point, as a solar prominence erupted into space, it seemed to create the Greek letter Pi (July 4, 2015). Pi is the symbol for the ratio of a circle's circumference. Prominences, which are elongated clouds of plasma suspended above the Sun's surface by magnetic forces, frequently become unstable and erupt. This one did blow a cloud of particles into space as observed by the SOHO spacecraft, though our close-up shows that some of it fell back into the Sun. The video clip covers about seven hours of activity in a wavelength of extreme ultraviolet light. Credit: Solar Dynamics Observatory, NASA.