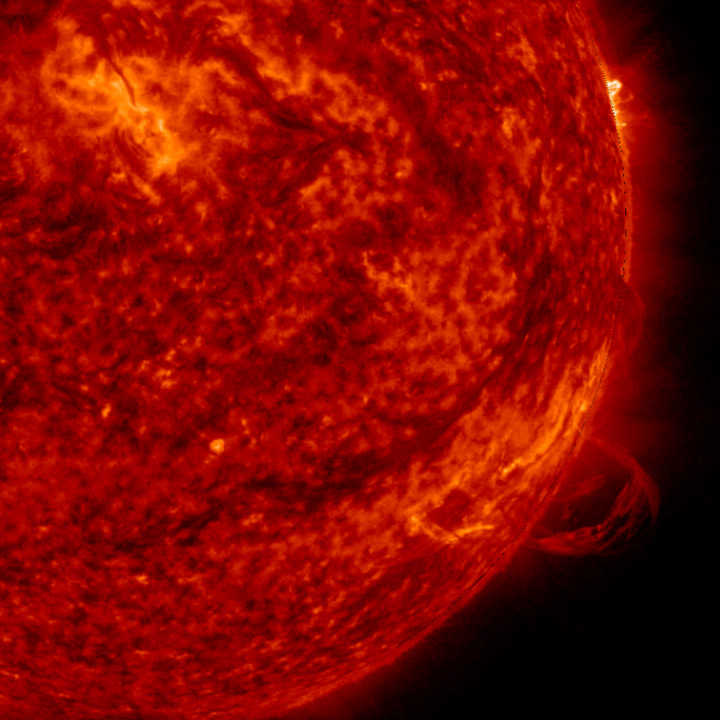 Over just half a day, two solar filaments broke free from the Sun and erupted into space (July 19, 2015). The upper one broke first, sending dark plasma down towards an active region below it. An hour or two later, the filament there erupted. Filaments are cooler clouds of gases that are suspended above the Sun by notoriously unstable, magnetic forces. The action was captured in a wavelength of extreme ultraviolet light. Credit: Solar Dynamics Observatory, NASA.