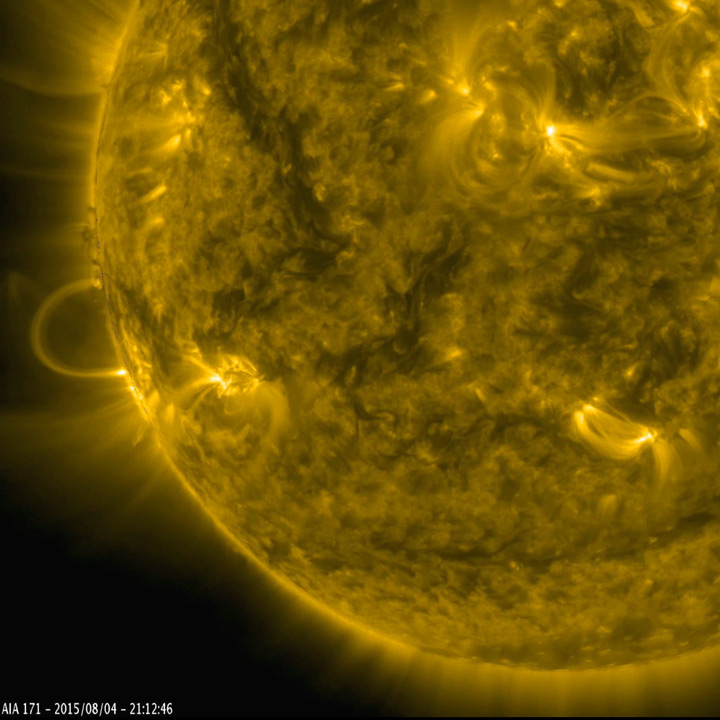 Magnetically charged particles formed a nicely symmetrical arch at the edge of the Sun as they followed the magnetic field lines of an active region (Aug.4-5, 2015). Before long the arch begins to fade, but a fainter and taller arch appears for a time in the same place. Note that several other bright active regions display similar kinds of loops above them. These images of ionized iron at about one million degrees were taken in a wavelength of extreme ultraviolet light. The video covers about 30 hours of activity. Credit: Solar Dynamics Observatory, NASA.