Flares with Nearby Massive Prominence 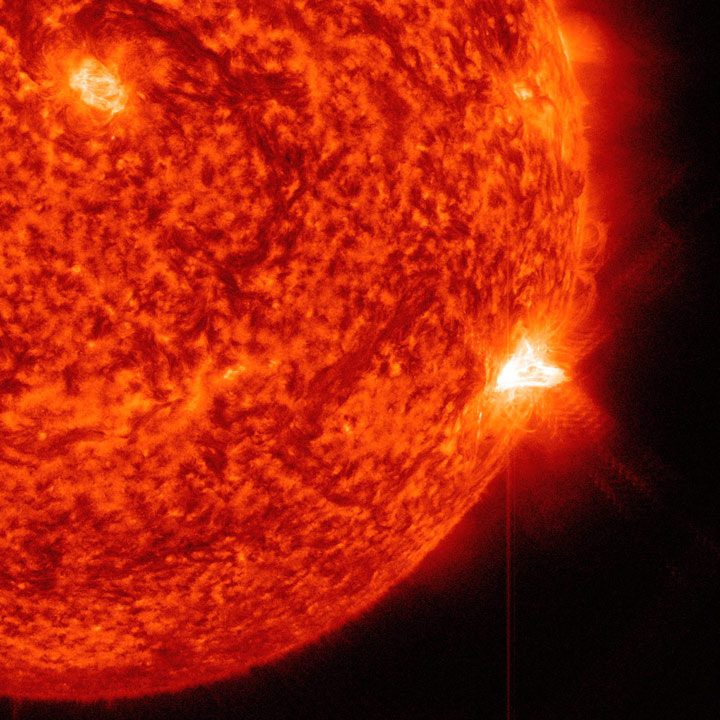 An active region popped off numerous flares while nearby a massive prominence put on quite a display before erupting (Sept. 29-Oct. 2, 2015). We counted at least eight flares. Flares are brief but intensely energetic solar storms. They appear as bright flashes in extreme ultraviolet light. The still shows a medium-sized flare early on Oct. 2. The video covers almost four days of activity. The prominence along the right edge shows plasma being pulled back and forth by magnetic forces before it finally breaks away and dissipates. Towards the end of the clip, one can see some of the plasma being pulled back into the Sun. Credit: Solar Dynamics Observatory, NASA.