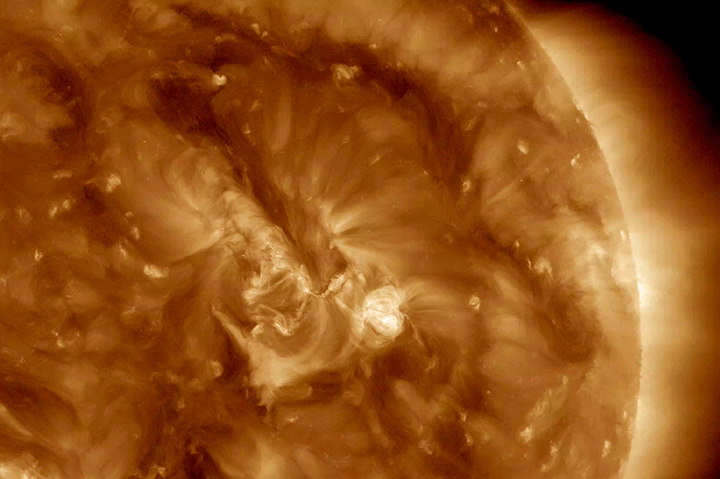 A minor solar eruption triggered a crackling, white flash that sent an expanding wave of plasma below it over about six hours (Nov. 4, 2016). Some of the plasma also appeared to surge along a narrow path above the active region as well. Such occurrences are fairly common, but still interesting to watch up close. The images were taken in a wavelength of extreme ultraviolet light. Credit: Solar Dynamics Observatory, NASA.