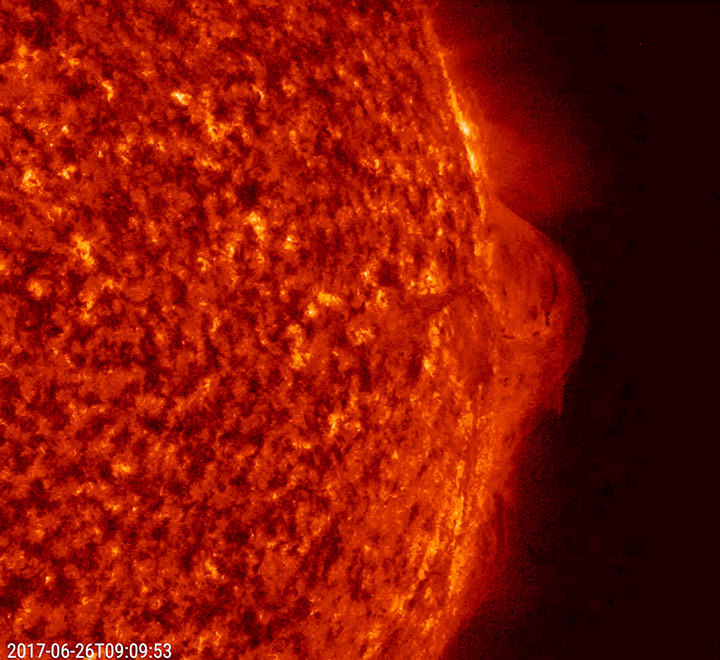 A prominence at the edge of the sun provided us with a splendid view of solar plasma as it churned and streamed over less than one day (June 25-26, 2017). The charged particles of plasma were being manipulated by strong magnetic forces. When viewed in this wavelength of extreme ultraviolet light, we can trace the movements of the particles. Such occurrences are fairly common but much easier to see when they are near the sun's edge. For a sense of scale, the arch of prominence in the still image has risen up several times the size of Earth. Credit: Solar Dynamics Observatory, NASA.