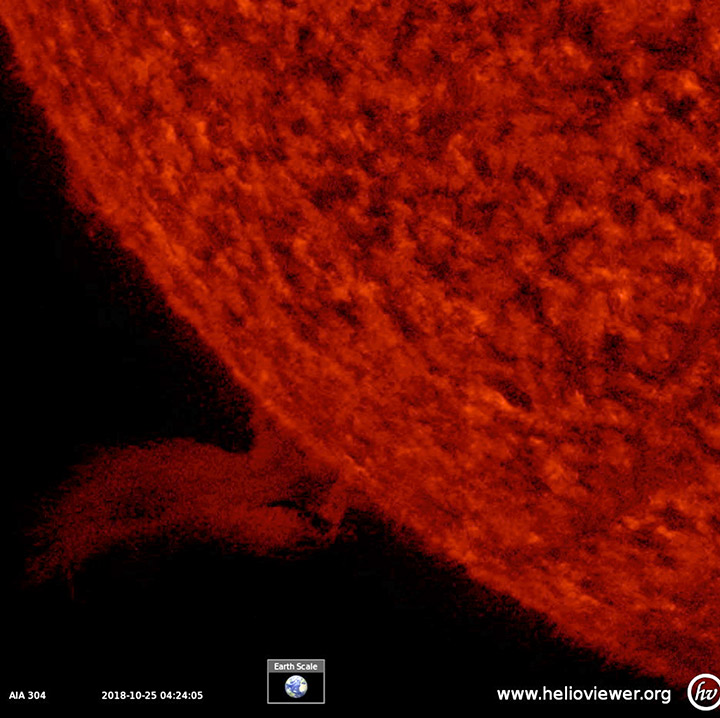 On Oct. 24 - 25, 2018 a solar prominence rose up above the Sun's surface, twisted and spun around, then became elongated and broke away. Prominences are unstable clouds of cooler plasma suspended above the Sun by strong magnetic forces. They often fall apart after a few days. Although tiny on the scale of the Sun, this prominence stretched out about ten times the diameter of Earth (see inset). Images were taken in a wavelength of extreme ultraviolet light. Credit: Solar Dynamics Observatory, NASA.